Have you considered relocating to South Carolina? Every year, tens of thousands of people make this choice. The Palmetto State now ranks as the sixth most rapidly growing state in the USA. Consider six strong reasons to move here:

One: Move to a State With a Growing Economy

During recent years, South Carolina benefited from low rates of unemployment. Spartanburg and Myrtle Beach appeal to many newcomers. Additionally, Charleston supports a thriving high tech industry. Some other important economic sectors in the state include tourism, manufacturing, aerospace, advertising, and marketing. Boeing and Nucor Steel rank among the state’s leading employers. The Denny’s restaurant chain and the North American branch of Michelin both established corporate headquarters in the Palmetto State.

Residents of South Carolina play golf in large numbers. Although it does not boast any professional sports teams, the state does support some 300 greens (both public and private). Avid players discover courses for every handicap level. In fact, lovely Myrtle Beach bills itself as the “Golf Capital” to the world. People who enjoy the links discover a wealth of opportunities to pursue their favorite outdoor recreational activity in this state!

Six: Move to a Gardening Haven

Its hot summers and generally mild winters allow South Carolina gardeners to raise a variety of flowers, fruits, and vegetables. Did you know, this state reportedly produces more peaches than any other except California? If you enjoy spending time creating attractive landscapes, you’ll find the horticultural opportunities here exhilarating. In some locations, growers have developed businesses providing specific specialty crops for use in the nutraceutical industry. Ginkgo biloba trees, lavender, basil, hemp, and even some types of tea plants reportedly grow well in the balmy Palmetto State. 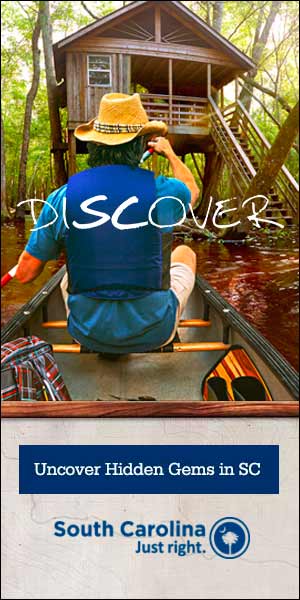